Abandoned Playgrounds is a series commissioned by Channel 4 and made by Salt Street Productions. The Salt Street crew took a group of young, talented urban athletes on a road trip around the UK to discover abandoned locations and bring them back to life through their sports. We make bold and exciting films about action sports, reaching a younger demographic in a way that is engaging and fun.

We see locations as a character in our films. We specialise in bringing action sports to unusual or abandoned locations. For Abandoned Playgrounds we chose locations that seem to be forgotten, but had all been at the heart of their communities in the past. Our athletes discovered them with fresh eyes, learning about their histories, and reimagining how they could be used in the future as they performed their sports.

Pleasure Island is a deserted theme park in the northern seaside resort of Cleethorpes. Opened in 1993, and with over 50 attractions on 54 acres of land, it fast become one of the best family fun days out. The theme park closed its doors in 2016 after a slump in visitors and has since been left neglected.

At Pleasure Island everything wasn’t always as it seemed. Behind the colourful facade of deserted cafes and abandoned rides, sometimes made of cardboard, less solid than they appeared. 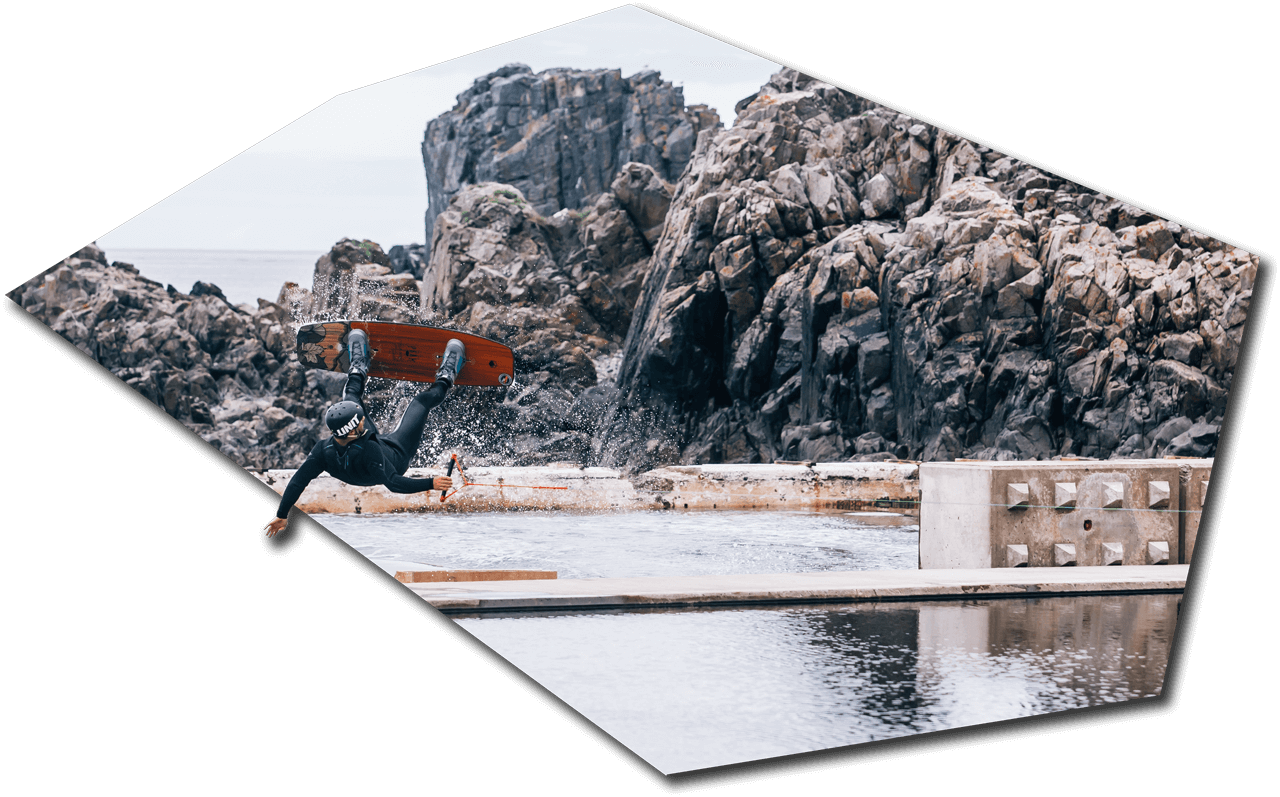 Tarlair is an abandoned outdoor pool on the north coast of Scotland. This local attraction is hidden in a cove. Back in the 1930’s this place was heaving and a hotspot for all British holiday-makers. But fast forward 80 years and the once glorious art deco pool complex is in a sorry state. As flights abroad got cheaper, Tarlair’s visitors left and its walls got destroyed by a storm. The water is still considered dangerous so swimming is banned.

At Tarlair the crew had to contend with heavy crashes from both BMX and wakeboarders. We had to build kickers and ramps that could be used on land and on water so that the athletes could achieve their biggest jumps and tricks. 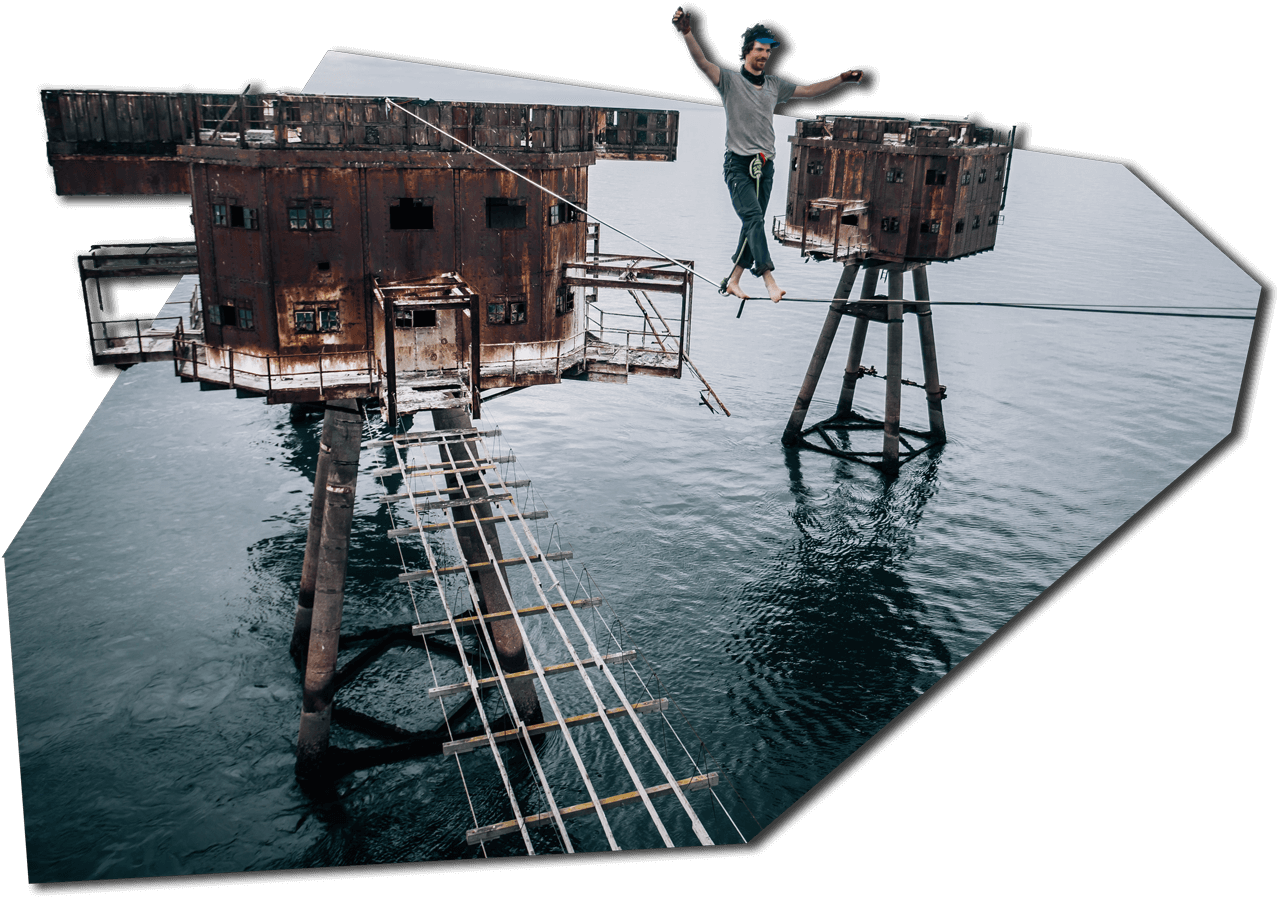 This forgotten fortress is off the Kent Coast, a former Army base that our crew will have to conquer.Red Sands was built during World War Two and was originally a military base built to defend good old blighty from enemy attacks. This place was no joke, home to over 100 men pumping some serious armoury. And, if this abandoned playground wasn’t legendary enough, it later got taken over by some of Britain’s first ever pirate radio DJ’s.

The only way on and off is by boat, so the crew stayed overnight for two nights. An extra dimension to the shoot was workingout at sea. The crew had to take everything they needed including water, cookers, food, and air beds for 2 nights out at sea. Needed a safety boat always on standby in case of emergency so that athletes and crew would be safe. Things got cosy as we had a 12 man crew, but only 10 air beds. 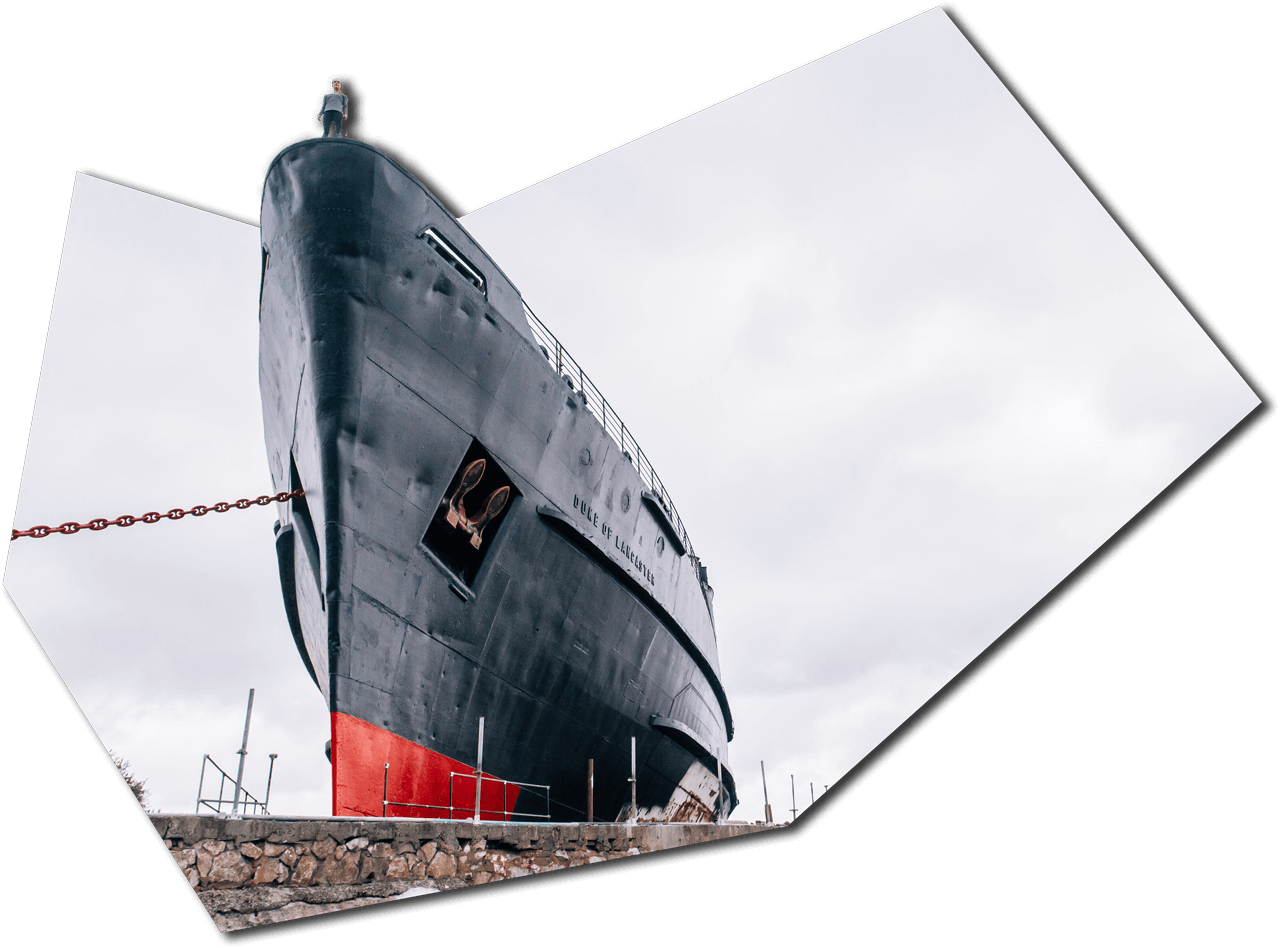 The Duke of Lancaster

On the coast of North Wales an abandoned ship called the Duke has been beached for decades and is about to get a makeover to remember. Before this old ship was left to ruin she was one of the last passenger-only steamers in the country. Enjoyed by the rich and famous, this vessel would cruise the world in style, offering total luxury for anyone on board. She was later re-opened as the fun ship, a floating leisure complex with tons to do until its abandonment in the mid-90s.

Crew had to contend with high winds, very dangerous for the athletes on the highline. We spent a long weekend camping together in Wales 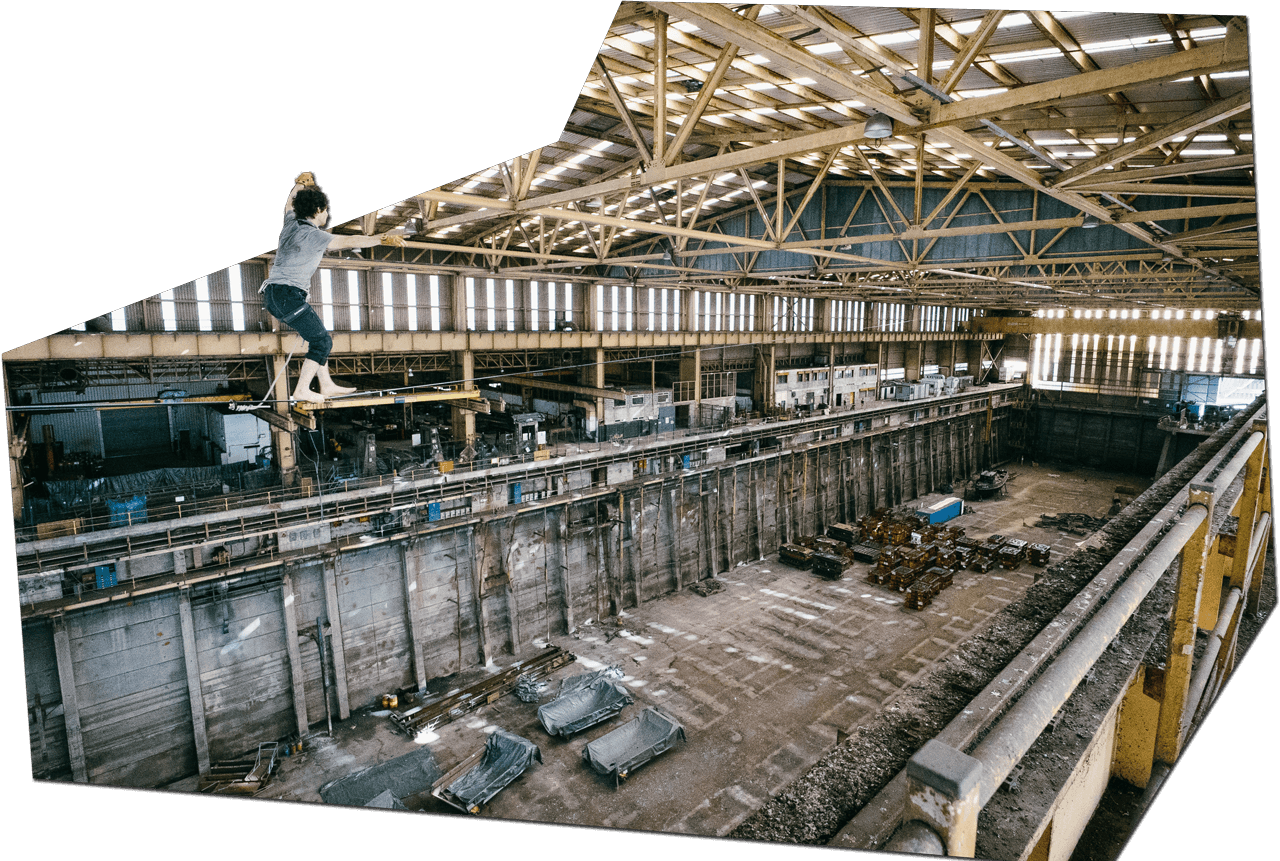 Pallion huge shipyard on the banks of the river Wier in Sunderland. Sunderland used to be one of the largest ship-building towns in the world, but with stiff competition from the Far East the industry died a slow death and Pallion was sadly one of its victims.

Main difficulty in this location was the constant dirt, and dangerous environment – working at height.

Tucked away in the most northern part of Sheffield, signs of the old ski village have melted away. The artificial ski slope has been subject to a number of fires, which has kept it out of action since 2012. Some of those have allegedly been arson attacks.

The most derelict of all the locations, the crew had to reclaim the old quarter pipe and rail to rebuild for the athletes to have any chance of doing any tricks.

Athletes view the world through the eyes of their sport. They see opportunity in unexpected places, they see the world differently. Whether urban adventurers or mountain runners, Salt Street focus on character as well as skill, working work with people that represent the diversity of the sporting community. Our audience relate to the athletes, inspired to imagine themselves trying new sports. 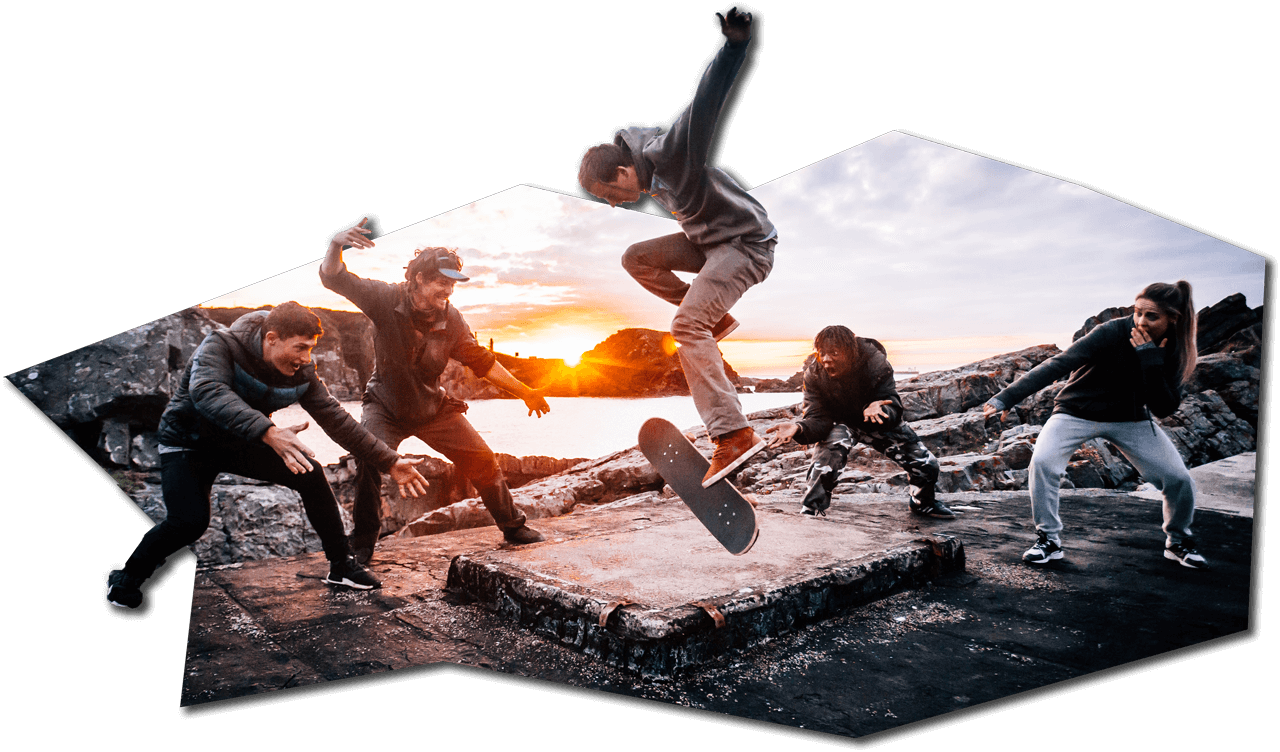 For Britain’s Abandoned Playgrounds, all our athletes were under thirty, among the best at their sports, and happy to spend 18 days living together on a double decker bus. Our skateboarder Calvin specialises in skating street, we found him in Sheffield’s Devonshire Green skate park. Pete is a man a few words and big tricks, he lets his BMX do the talking. Katie is a world class free runner, she keeps the pace up and the flips high. Jed is a pro highliner, rigging in locations around the globe.

Salt Street’s crew are a talented bunch, and can handle their equipment in any location. They care about making the best possible films, always looking for the unusual angle and capturing the heart of the action. Athletes and outdoor enthusiasts in their own right, we choose the perfect team whatever the job. 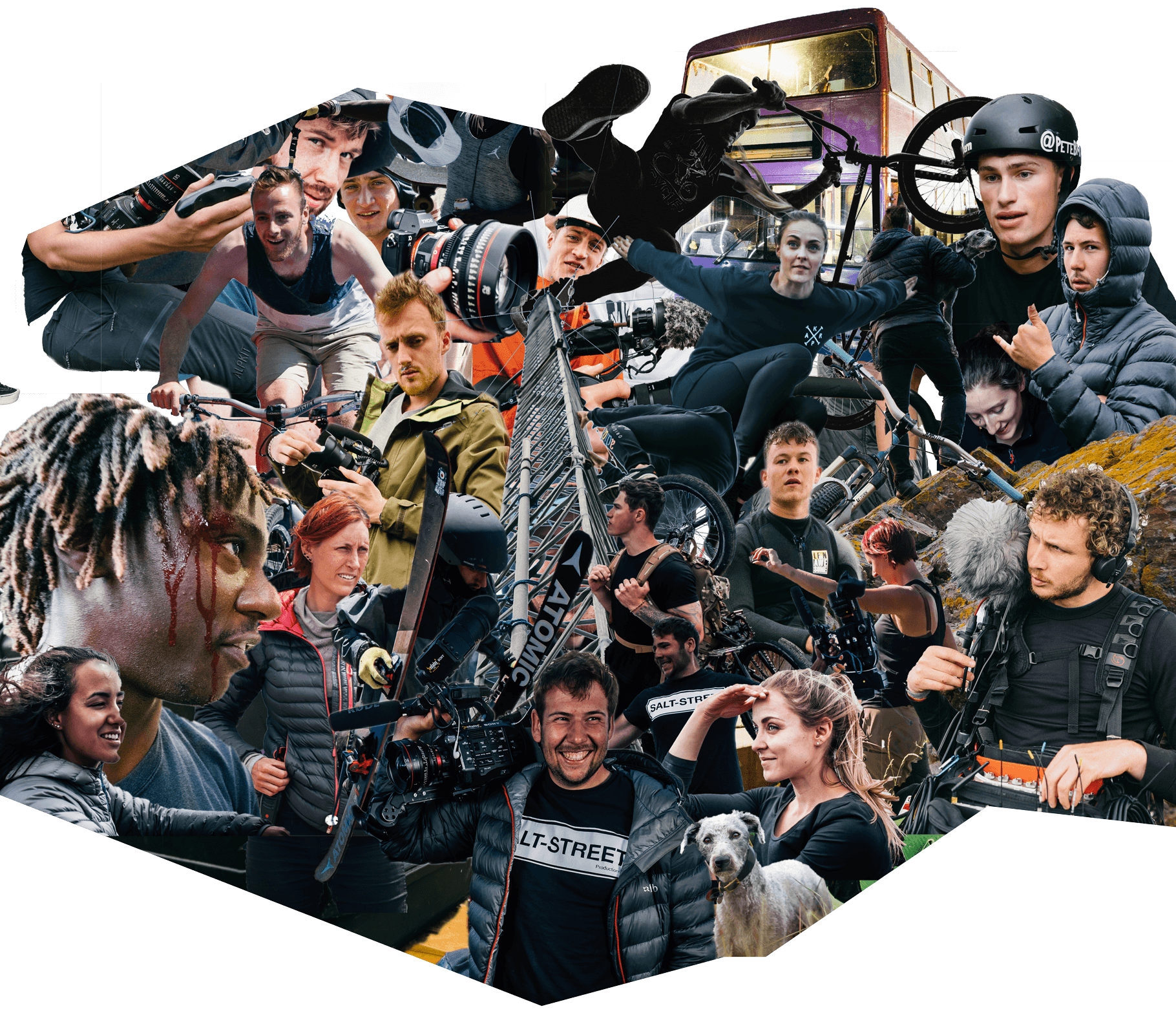 The Abandoned Playgrounds shoot required a crew of nine, camping and cooking together on the road. Multi talented and hardworking, our camera operator Joe dropped his camera to perform as an athlete at the Ski Village in episode six. Our bus drivers were also set builders, photographers and camera ops.

SALT STREET PRODUCTIONS make bold and exciting films about action sports. Through a combination of unexpected locations, talented athletes and the will to turn imagination into reality, we produce films that feel distinctive and fresh. Based in the heart of Sheffield we are part of a thriving sporting community and work collaboratively with others to realise projects of ambition, scale and energy.